The Slavko Curuvija Foundation (SCF) was officially launched on Friday, at the Mixer House in Belgrade, following the announcement of the winners of the first competition in support of local media – “What is Serbia silent about?”. Six local television stations and five radio stations were supported within the competition “What is Serbia silent about?”.

The commission that made the decision met on March 22 in the Foundation’s premises, and consisted of: Mia Vukojevic (the Executive Director of the Trag Foundation, a member of the Slavko Curuvija Foundation Board of Trustees), Snezana Milosevic (Secretary-General of the independent media association “Local Press”) and Mirjana Karanovic (actress and activist).

The SCF Commission decided to support the following local television stations: RTV “M” from Knjazevac, Television “VK” from Kikinda, “Kraljevacka televizija” from Kraljevo, NGO production “Roma world” with “NTV” from Nis, “Vojvodjanska zelena inicijativa” from Novi Sad together with “B92”, and “Forum žena Prijepolja -Televizija Forum“. The local radio stations that were supported within the competition “What is Serbia silent about” are: Radio “Lav” from Uzice, “VK” radio from Kikinda, “City Radio” from Nis, “Duga M” from Trgoviste and Radio “Active”, from Becej.

Jelena Curuvija, the ex-oficio President of the Slavko Curuvija Foundation, said that only free, independent and responsible media can work towards creating an open and just state that will respect differences.

She added that the Foundation would work on the promotion of independent and courageous media and that it would encourage journalists to practice investigative journalism, and strengthen their role as government controllers on all levels, as well as to serve citizens, not centres of power.

Jelena Curuvija said that the media today are in a state of depression and that they face much greater problems than those of the 1990s.

She said that the response to the call for proposals to support local media had been lower than expected, which demonstrated that media professionals do not have enough knowledge to write project proposals and do not know which door to knock on, which is why they “give up and switch to entertainment programmes.”

“The media must not do only that, we will try to refresh and encourage them,” said Curuvija, and noted that there are more journalists like her father who need help and support.

The president of the Rockefeller Brothers Fund Stephen Heintz said that the brutal murder of Slavko Curuvija showed what may happen to a society which finds itself in between the truth where the power is in the hands of a small group of people who are willing to use violence in order to protect their goals.

Heintz described the establishment of the Slavko Curuvija Foundation as a very important step for Serbia in the process of approaching the European Union and European values, highlighting freedom of expression and the respect for diversity are the most important ones.

The president of the SCF Board of Trustees Vukosava Crnjanski announced that the Foundation will, through competitions, programs and projects, support local media, encourage investigative journalism and educate young people who are about to enter to the world of journalism.

In his speech Ivan Vejvoda, senior vice president for programs of the German Marshall Fund of the United States, stressed that Slavko Curuvija was “one of those journalists who gave their lives in the fight for the freedom of expression and assembly that are crucial for strengthening democracy in society.”

“The state killed him and this must not be repeated again. We were building the civil society in the difficult years of the 1990s, and we beat Slobodan Milosevic’s regime and established democracy; however, that path was much more difficult than we had expected”, said Vejvoda at the celebration of the launch of the Slavko Curuvija Foundation.

The exhibition of the front pages of “Dnevni Telegraf,” the newspaper which was banned, was also opened. The title of the exhibition is “Slavko Ćuruvija – One Minute to 12.” All interested can visit the exhibition until Friday, April 4, 2014.

The Slavko Curuvija Foundation’s goal is to increase the quality of journalism in Serbia, support local media, promote investigative journalism and to work with young people who are about to enter the world of journalism. The SCF will engage in the support and development of free, independent and responsible media in a situation where media in Serbia are facing systemic problems.

The aim of the SCF is, through competitions, programs and projects, to encourage and support journalists and media dealing with quality journalism in order to strengthen their role as controllers of the authorities at every level, from local to state level. 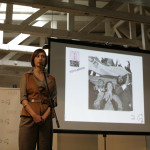 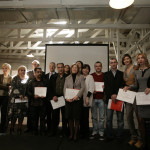 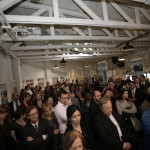