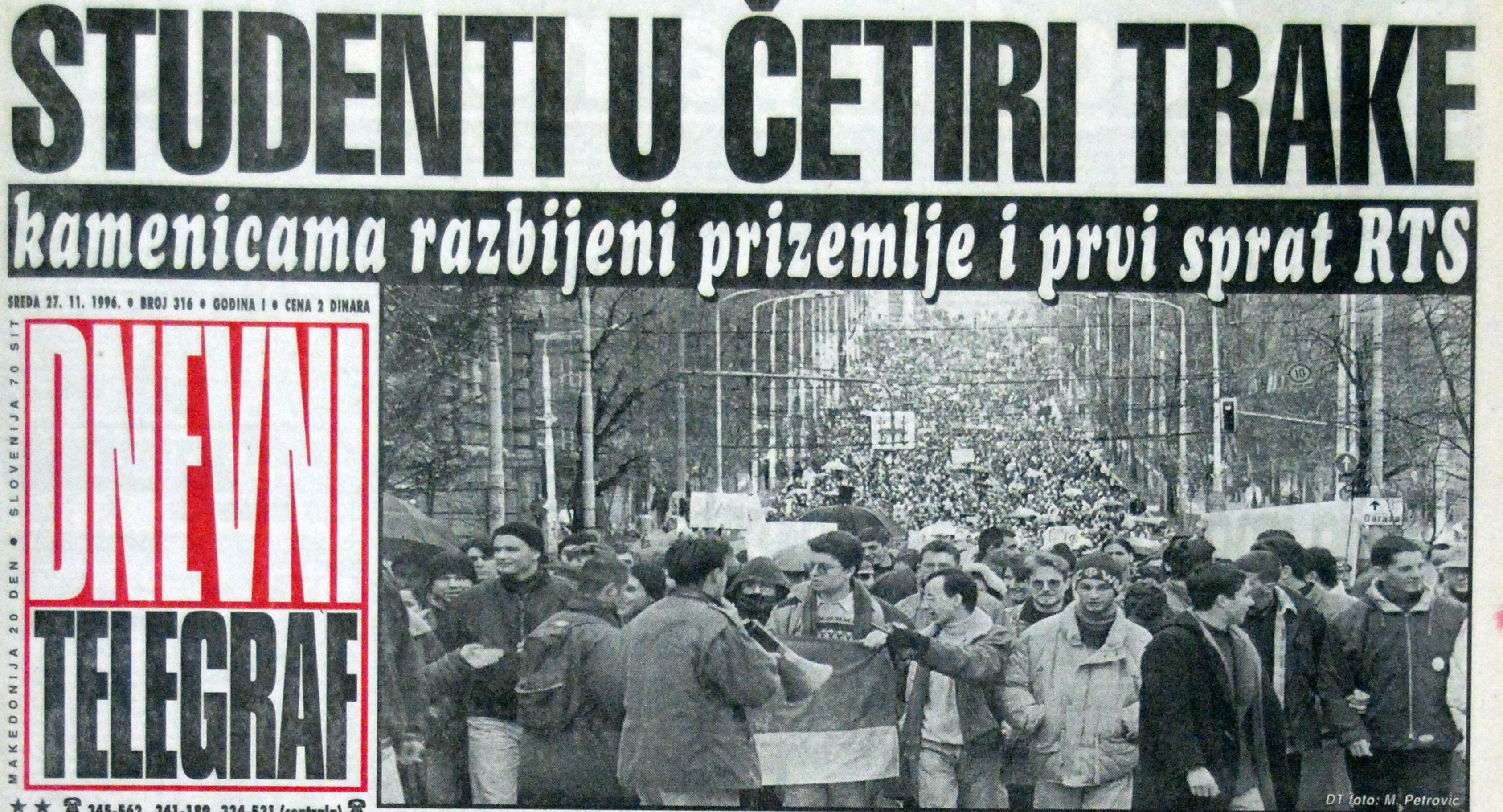 Slavko Curuvija established the first independent daily in Serbia – “Dnevni Telegraf” at the beginning of 1996.

The newspaper became popular within a short period of time, reaching a circulation of more than 100,000 copies. The “Dnevni Telegraf“ gained the trust of citizens thanks to objective, uncompromising and bold coverage at a time when the Serbian media scene was ruled by the Milosevic couple, together with their associates.

Aleksandar Vucic, the Serbian Minister of Information at that time, warned the „Dnevni Telegraf“, „Nasa Borba“ and „Danas“ that they would face a ban if they continued to write from that moment on.

The „Dnevni Telegraf“ and „Danas“ were banned by a special media decree.

After the ban, the newspaper was published in Montenegro.

Slavko Curuvija was sentenced to five months in prison as publisher of the “Dnevni Telegraf” and for his journalistic engagement. His lawyers managed to intervene and prevented his imprisonment.