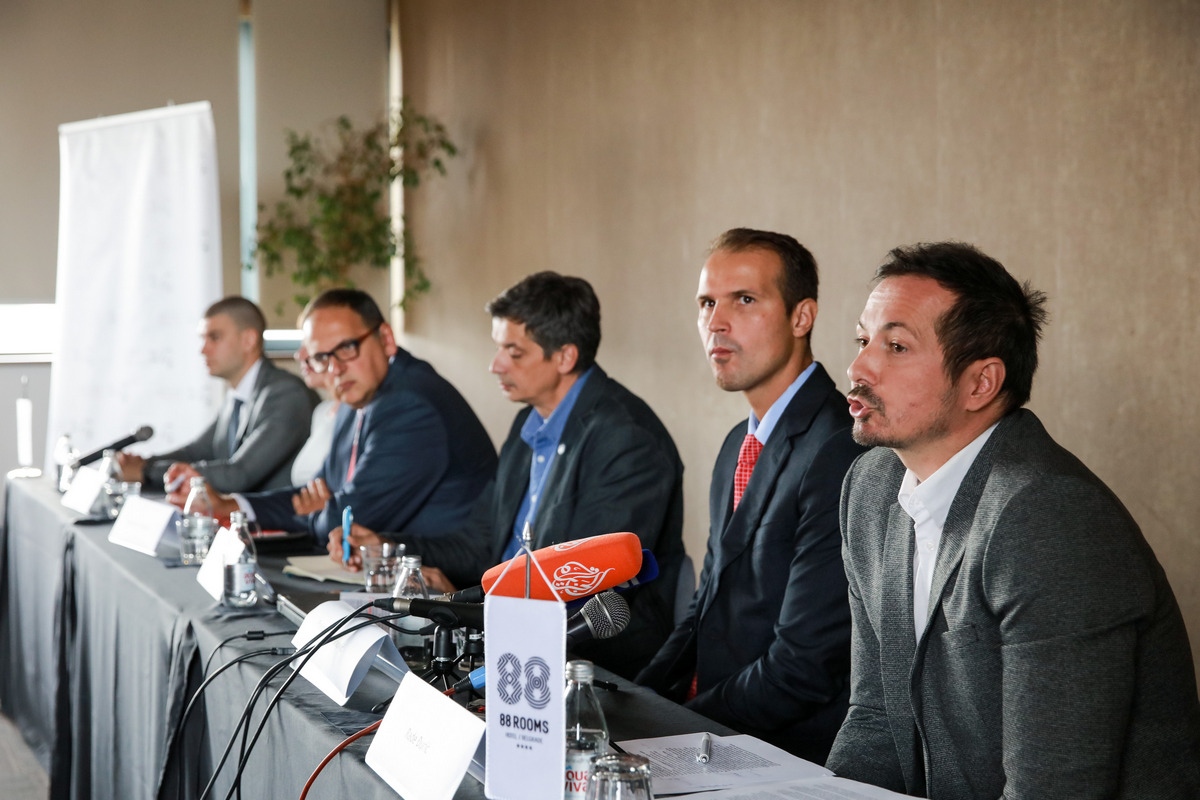 Journalists are not well acquainted with procedures available to them and don’t view institutions as friendly, while there is a fear of the consequences of reporting, said Rade Đurić, author of the research project Critical Points in the Journalist Protection System, speaking at a Slavko Ćuruvija Foundation conference

In a sea of problems on the domestic media scene, the inglorious leadership position on the list is held by threats and attacks on journalists – it was stated at the recent Slavko Ćuruvija Foundation conference “Towards Effective Protection of Journalists’ Security in Serbia: Critical Points in the Journalist Protection System”.

Such an impression is also supported by statistics: between the beginning of 2018 and May this year, 177 forms of attacks on journalists were recorded, 38 of which related to verbal threats and 110 to pressure applied, while seven were cases of physical assaults, as shown by information in the database of NUNS [The Independent Journalists’ Association of Serbia], which records all attacks.

On the basis of criminal charges filed, prosecution services opened a total of 57 cases throughout the course of last year (26 have been resolved, two of which resulted in convictions), and 20 such cases have been opened in the first three months of this year alone.

However, these only relate to cases that journalists have decided to report. It is difficult to determine the number of those who decide – for various reasons – to remain silent on attacks, blackmail, pressure and threats.

There are numerous reasons why decisions are taken not to report any type of security threat. The Slavko Ćuruvija Foundation’s analysis project “Critical Points in the Journalist Protection System”, which was presented at the conference, stated that such decisions may be due to a lack of familiarity with procedures and distrust of institutions, but also due to the undesirable consequences and effects of self-reporting.

“Our research showed that journalists are not well acquainted with the procedures available to them  and don’t view institutions as friendly, while there is a fear of the consequences of reporting. All of this leads to a certain number of cases in which the safety of journalists is endangered remaining unreported, while journalists don’t even want to talk about those cases. And while journalists retreat and consider no longer reporting what is happening to them, the attacks and pressure exerted on them do not stop,” said Rade Đurić, programme director of the Slavko Ćuruvija Foundation and author of the research work “Critical Points in the Journalist Protection System”.

Đurić, who is also a member of the Permanent Working Group on Journalists’ Security on behalf of the Association of Online Media, assessed that the so-called points of contact for rapid responses to attacks or threats – formed as a joint body of journalists’ associations, police and prosecutors – do their jobs in most cities, while in some smaller cities they “don’t cope so well”.

He added that, in analysing the Criminal Code, the Permanent Working Group on Journalists’ Security identified more than 30 criminal offences that could provide the basis for criminal reports filed by journalists, and that it still required for this to start being implemented.

“Prosecution services today face a shortage of people, prosecutors with a large number of cases, all under the conditions of an anachronistic organisational model that it is necessary to change,” stated Predrag Milovanović, deputy prosecutor of the Second Basic Public Prosecutor’s Office in Belgrade, adding that expert associations are leading the fight for prosecution services to be functionally independent and free from pressure.

This prosecutor, who raised the indictment for the arson attack on the house of journalist Milan Jovanović, said of this most drastic attack on a journalist in recent years that it was a “well-devised conspiracy” and that, despite everything that has followed this trial, he expects the court to accept the evidence that he’s collected.

Both Verica Marinčić and Milan Jovanović faced what they consider as a special kind of pressure from people close to the ruling party. Specifically, after their cases went public, both portals for which they wrote very critically received offers to sell. They both rejected those offers.

Jovanović said that he and Željko Matorčević [Žig Info editor] received an offer from people close to the Serbian Progressive Party (SNS) to sell Žig Info for 40,000 euros, in a deal that would see them continue to work for the portal, but with a new editor.

The offer to buy portal IndjijaCafe, according to Verica Marinčić, was lower – 10,000 euros. She said that it also came from people close to this ruling party.

“While I was working on this case, everything seemed to be pointing to the peak of the triangle hiding someone in a ruling position and a local official,” said Prosecutor Milovanović, noting that it had been difficult to work on this case, primarily because there were no witnesses.

“As important as it was to reach a guilty plea agreement with Bojana Šijacki Cvetković (six months of house arrest and a fine), I nonetheless endured pressure exerted both by colleagues and sections of the public who were not satisfied with such an outcome.”

Is pressure applied to the judiciary? Aleksandar Trešnjev, a judge of the Criminal Division of the High Court in Belgrade, said that he hadn’t had such an experience, but he presented the results of an anonymous survey conducted by the Judges’ Association of Serbia in which more than 60 per cent of respondents confirmed that such pressures exist.

“Some are subjected to pressure, some not. I believe that those pressures are applied through court presidents and politicians, but today there’s no need to ‘turn’ to a judge over the telephone and to tell him how to judge – that all goes through the media today, in which investigations are published or specific judgements are sought,” said Judge Trešnjev.

He emphasised that it is important for all crimes to be reported, including those in which journalists are harmed, and that this should be done in a timely manner in order to secure good-quality evidence.

“In order to convict someone, you have to have good-quality evidence, and that can only be secured in the first hours after a crime is committed,” said Judge Trešnjev. 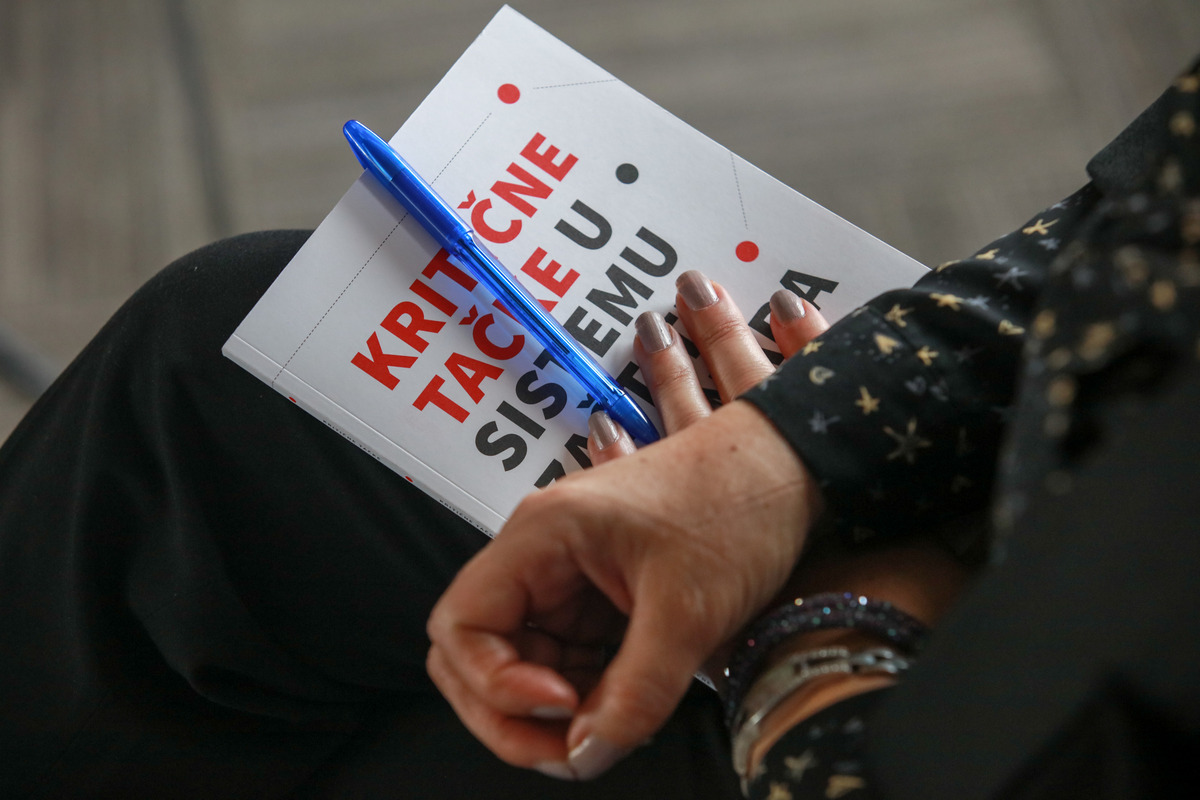 “Media hit-men” are also a problem for journalists

“In recent years, threats against journalists have most often been directed via social networks and in comments on articles. The problem is when the prosecution decides that there are no grounds for prosecution ex officio, so journalists are directed to file private lawsuits, which then means that they must gather evidence themselves, which is hardly possible in a situation when it is necessary to identify a person issuing threats on the internet,” noted Novi Sad-based lawyer Veljko Milić, who represents journalists in such cases.

“The biggest problem for journalists are our supposed colleagues, so-called journalists who are actually propagandists, media hit-men who target colleagues who are not aligned with the ruling parties, leading witch-hunts against them and downplaying the real problems faced by professional journalists,” noted Bodrožić.

“It hurts me that we have a public service which, in truth, doesn’t target people like the tabloids, but which knows how to be silent when NUNS helps to renovate the incinerated house of Milan Jovanović, rather on their website that day they have news about how Ronaldo has bought a new house in Marbella,” added the NUNS president.

Journalist Nedim Sejdinović, who – as he relayed at the conference – has received nearly a hundred death threats in recent years, reminded participants that media and journalists’ associations have demanded from the beginning that government representatives stop creating an atmosphere of violence and fear; that they stop they publicly calling out and labelling journalists.

“Why is the government still not fulfilling this request? I’m deeply convinced that it is because they believe that this campaign of intimidation will demoralise journalists and compel them to wonder whether what they are doing is worth fear, in which they have succeeded in some places,” said Sejdinović.

He, along with two of his colleagues who are known to the public for threats or situations when their lives were endangered – Verica Marinčić from portal IndjijaCafe and Milan Jovanović from portal Žig Info – believes that the work he does is worth all the consequences brought by journalism work in Serbia.

Verica Marinčić and Milan Jovanović emphasised in particular the support they received from their colleagues: Marinčić noted the Slavko Ćuruvija Foundation and journalists’ associations which – when the system had already scheduled – gave her a tailwind of support when she decided to take on the person who’d been persecuting her around Inđija since June due to the publishing of photgraphs of cars parked illegally; while Jovanović mentioned his colleagues, along with the Slavko Ćuruvija Foundation, first and foremost for helping him to restore his fire-bombed house, which he finally returned to a few months ago.

“I became an investigative journalist only 10 years ago and my desire is to continue doing this job and for my work to primarily contribute as much as possible to the generations of journalists to come,” said Jovanović, who house in Vrčin was set ablaze last December.

Download: Critical Points In the System of Safety of Journalists (PDF)