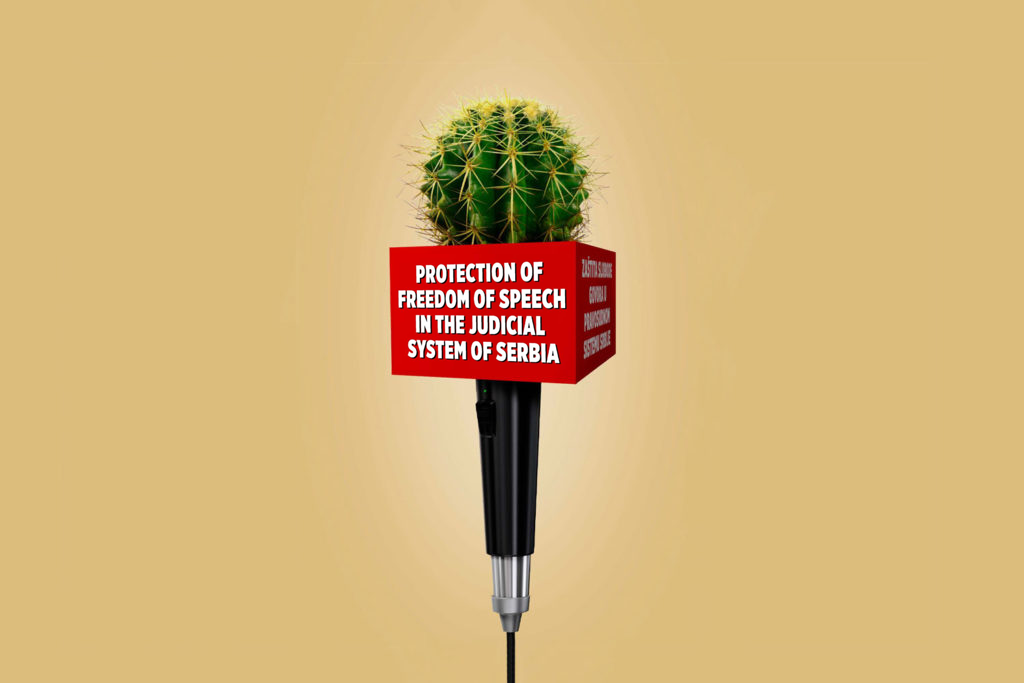 Rare verdicts for threats and attacks against journalists in Serbia, excessively long media disputes before the courts

Only one in every ten reported case of threats and attacks against journalists culminates with a final court verdict in Serbia, according to research conducted jointly by the Slavko Ćuruvija Foundation and the Centre for Judicial Research (CEPRIS).

UPDATE: In February 2022, Slavko Ćuruvija Foundation (SCF) and Judicial Research Center (CEPRIS) published the second regular report on the protection of freedom of speech in the judicial system of Serbia- “Freedom of Expression before the Court” . In the field of criminal law, the new analysis includes comparison of judicial practice on cases of endangering the safety of journalists and those related to endangering the safety of other persons specially protected by Article 138 of the Criminal Code. We have also analyzed the practice of the prosecution when it comes to rejecting of criminal charges for attacks on journalists, as well as agreements on postponing the criminal prosecution (opportunity). Regarding the civil law, the new analysis refers to the media disputes against media which rarely violate the Serbian Journalists’ Code, according to the Press Council. In this field, we have measured the duration of court proceedings, the characteristics of prosecutors and defendants, the position of parties in the proceedings, decisions on appeals and on extraordinary legal remedies, as well as the amount of awarded compensations for damages.

At the same time, media disputes related to cases of hate speech, the protection of minors, ensuring the dignity of victims of violence and protecting character and reputation last an average of around two years, even despite the urgent status of such cases envisaged by the Law on Public Information and Media. The excessive length of these proceedings makes it impossible to protect plaintiffs or defendants.

The report “Protection of Freedom of Speech in the Judicial System of Serbia” includes analysis of 305 cases of so-called media disputes in the 2017‒2019 period brought against five media outlets that have been confirmed by the Press Council as those that most often violate the Code of Journalists of Serbia. These media outlets are: Kurir, Informer, Blic, Alo and Medijska mreža [Media Network] – publisher of daily newspaper Srpski telegraf and the Republika portal.

The analysis showed that courts have a tendency to impose lenient criminal sanctions: of 20 criminal convictions, only one prison sentence was imposed, which was supposed to be served in the Department for the Enforcement of Criminal Sanctions, for a six-month period. The most severe sentence was a one-year house arrest, but to be served without electronic surveillance. Suspended sentences were handed down in eight cases. Of the total number of proceedings, nine concluded with a guilty plea agreement and four resulted in acquittals or decisions that rejected or dismissed the filed indictments.

Over the previous four years, all public prosecutor’s offices in Serbia recorded 204 reported cases of crimes committed against journalists and media workers. Of that total, 99 cases have yet to be resolved. In almost half of the active cases – a total of 49 – the perpetrators remain anonymous. The largest number of reported attacks against journalists and media workers end with the prosecution service, with the rejecting of criminal charges – in 69 per cent of finally resolved cases. Furthermore, six per cent of cases were resolved by applying the institute of postponing criminal prosecution, also with the prosecution.

The noted amounts impose a need to conduct serious analysis to determine whether the court contributes to the increasingly unprofessional work of the media by awarding damages in amounts that cannot bring adequate satisfaction to the prosecutor. It is recommended that the amount of damages awarded be dependent on the regularity and recurrence of violations of rights by the same defendants related to the same plaintiff. This criterion should be enshrined in law in order to combat intimidation campaigns, the discrediting of individuals and hate speech.

A total of 22 journalists filed lawsuits against these media outlets during this period. Of this number, requests were rejected through a final judgement in four cases. The most lawsuits were filed against daily newspaper Kurir.

Analysis of appeal proceedings showed that the practise was harmonised successfully by the second instance court. Only 4.76% of overturned verdicts indicates that the work of first instance courts is satisfactory.

This project is supported by European Union and MATRA program of the Dutch Embassy in Serbia and implemented by Slavko Ćuruvija Foundation and Center for Judicial Research.