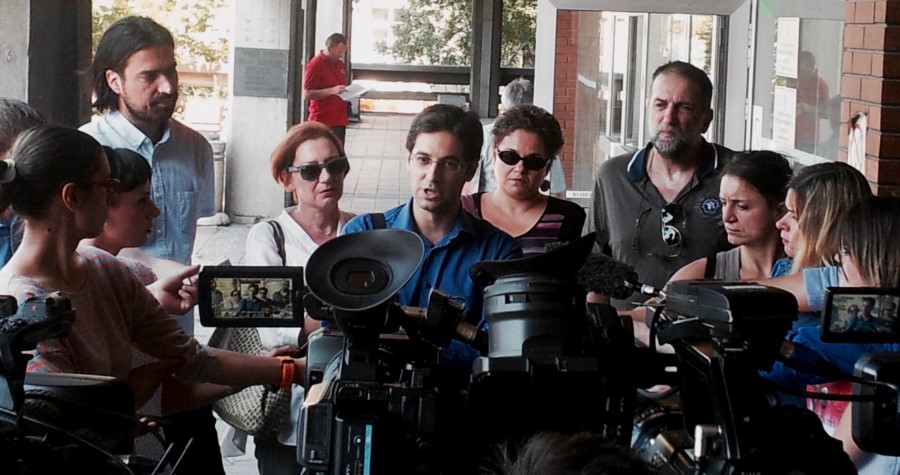 Prosecution dismisses criminal charges against editors of Informer and Pink

The Higher Public Prosecutor’s Office in Belgrade dismissed criminal charges against the chief editors and owners of pro-government tabloid Informer, Dragan J. Vučićević, and pro-government Television Pink, Željko Mitrović, the most watched commercial television in Serbia, who published a series of articles and features 14 months ago accusing a group of journalists, activists and artists of conspiring against the state and attempting to break the constitutional order, even linking them to the planned murder of Aleksandar Vučić.

The Prosecution considers that there is no basis to suspect that criminal offenses were committed which can be prosecuted ex officio, as well as that perhaps the basis exists to prosecute on the basis of the criminal offense of slander – for which a private lawsuit is filed.

They lodged an appeal against this decision with the Appellate Public Prosecutor’s Office and issued a statement in which they complain that, without any evidence, they were accused of the most heinous criminal offense, considering that the state must react and punish those who turned them into “criminals”, but also targets for all those who think that they are aggressors who are attacking the state.

“Nobody told me I had an ugly nose, but rather that I plan to murder the prime minister. That must be sanctioned. Because there are people who, when they read that, think – this man is dangerous and a threat to the state. The question arises as to whether some lone hero will decide to save the state and hit us over the head with a pole in the dark. This is a realistic risk in such a situation,” said the Slavko Ćuruvija Foundation’s Ilir Gaši, announcing that if necessary the group will appeal to the European Court of Human Rights in Strasbourg.