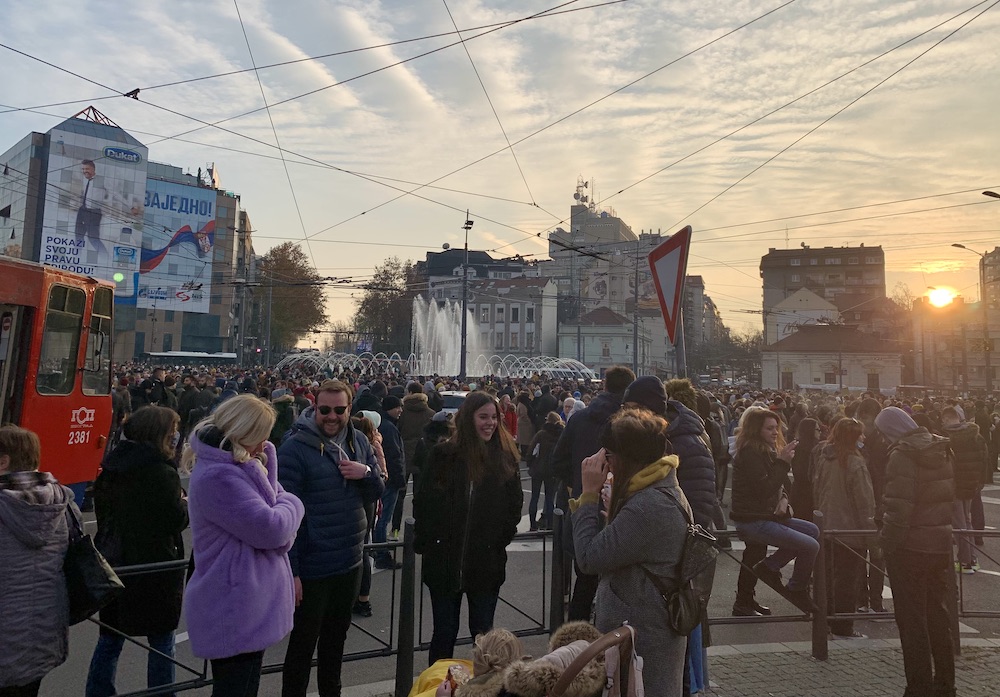 The police were noticeably absent from the environmental protests against the possible exploitation of lithium that were held nationwide across Serbia late last year. And despite this very fact meaning that the police were unable to identify protestors and establish their identities, many citizens have nonetheless begun receiving notifications of charges for participating in or organising the protests.

The police have begun filing charges against journalists who reported on the protests, labelling them organisers.

Journalist and photographer Mina Delić received a court summons after police charged her with organising the December 2021 blockade of the bridge in Senta. According to her, she attended that protest as a journalist and her only “sin” was to use an environmental Facebook group to call on people to attend the blockade of the bridge, which was also done by many other citizens.

The Committee for the Protection of Journalists (CPJ) recently sought the dismissing of criminal charges filed against Sombor-based SOinfo portal journalists Sava Majstorov and Sara Mikić for allegedly organising the illegal protest and roadblock that took place in Sombor last December.

“The Serbian authorities should drop all criminal charges against journalists… and ensure that members of the press do not face legal retaliation over their work,” said the CPJ, a New York-based NGO.