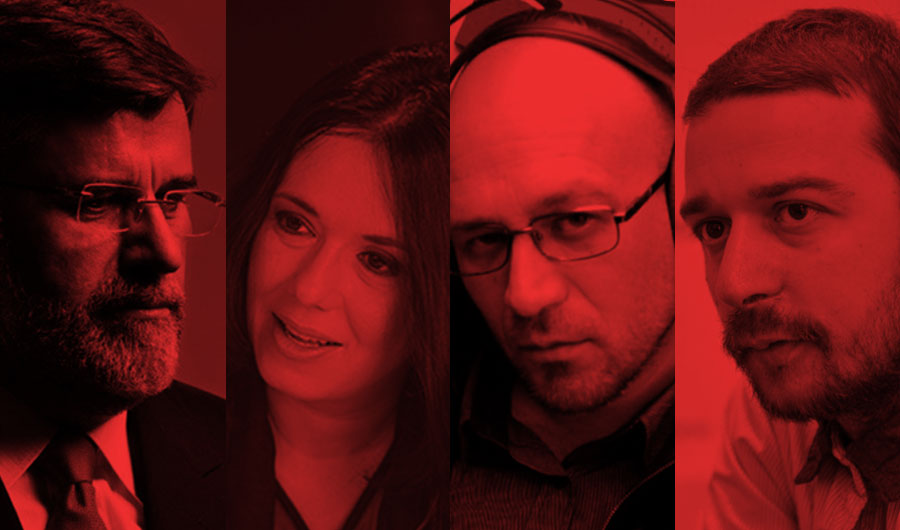 First quarter of 2016 regarding safety of journalists and media in Serbia, beside “regular” threats and media campaigns against government critics, was marked by police interrogation of a reporter which alerted the public about unsafe drinking water and allegation about illegal police surveillance of journalists

21 March – The office of Insajder.net website stated that they received several death threats addressed to Brankica Stanković, Chief Editor of the website, and Veran Matić, Chief Editor of TV B92’s News department, during the previous week.

Insajder.net was launched only two weeks earlier. Both Stanković and Matić live under 24 hour police protection for years, because of threats they received as a result of their work on TV B92.

All this because Urošević had published officially verified information regarding the quality of communal drinking water.

Long lasting campaign against Dojčinović culminated on 18 March, when Informer published cover page with a title „We discover who KRIK’s Chief Editor really is: Sado-maso French spy“, illustrated by private photographs of Dojčinović participating in a „suspension“ séance.

Independent media and journalist organizations reacted. Independent Journalists’ Association of Serbia (IJAS) even called for a boycott of the Informer. Government officials refused to interfere, explaining that they „don’t want to violate press freedom“.

Informer makes it its business to „defend“ Vučić and defame government critics on a daily bases, using insults, lies, private and confidential information. Informer’s owner and Chief Editor Dragan J. Vučićević has his own TV show on popular Pink TV, often hijacking its entire daily program, using it for the same purpose.

9 January – Police Minister Nebojša Stefanović stated in National TV’s central news that „in following days a journalist will falsely accuse the police of illegal surveillance“, and that „one journalists’ association will support her claims“.

As it turned out, he was talking about the journalist of Kurir daily. This tabloid newspaper recently turned against the government, following the conflict over ownership rights of majority state owned Politika daily.

The journalists’ association he mentioned was IJAS, which was recently given alleged evidence of illegal surveillance of journalists. IJAS filed the complaint to the Prosecutor’s office, demanding to know how the Minister obtained this information.

Public Prosecutor decided not to press charges against Minister Stefanović.

Two months later, Ombudsman Saša Janković published results of his investigation of the case. He found that Minister Stefanović obtained information he presented irregularly and by overstepping his authority, „although not by illegal surveillance“.

26 January – Jovan Marinković, CEO of local TV in the town of Trstenik, stated that the police searched their premises and threatened to confiscate their computers. Police denied the claims, stating that they had searched TV Chief Editor’s private home with a warrant, and that they were looking for documentary „he was trying to double charge local authorities with“.

No further available explanations and information on this case.

Three weeks afterwards, Belgrade Mayor Siniša Mali stated that he will not act on Ombudsman’s recommendation.

On 16 January local judge decided that comment made by an employee of City’s Public transport department, that „Južne vesti should be set on fire for their lies“, is not a threat.

Less than two months after the sentencing, Prime Minister Vučić’s Serbian Progressive Party nominated one of the sentenced for local elections.

On 15 January the unknown assailant threatened RTV (Autonomous Province of Vojvodina Public broadcaster) crew waving the gun, while they were reporting live on air form local green market in Novi Sad. The incident was filmed. Police started searching for perpetrator, without known results so far.

On 18 March a man physically attacked RTS (National Public broadcaster) staff in their Čačak field office. CCTV recording of the attack exists. Police has taken over the case, also without known results whatsoever.

4 February – Homepage of Danas daily’s website was taken over twice in the same day. An unknown attacker replaced their homepage with „inappropriate content“. The case was reported to Special prosecutor for High-Technology Crime whom initiated an investigation.

25 February – Veran Matić, President of the Journalists Murders Investigation Committee, stated that a person suspected involved in the murder of journalist Milan Pantić in 2001 was interrogated in Germany. Pantić’s murder still remains unsolved.

There are no news on police investigations of cases of journalists Ivan Ninić and Davor Pašalić, who were severely beaten in 2015 and 2014, respectively.