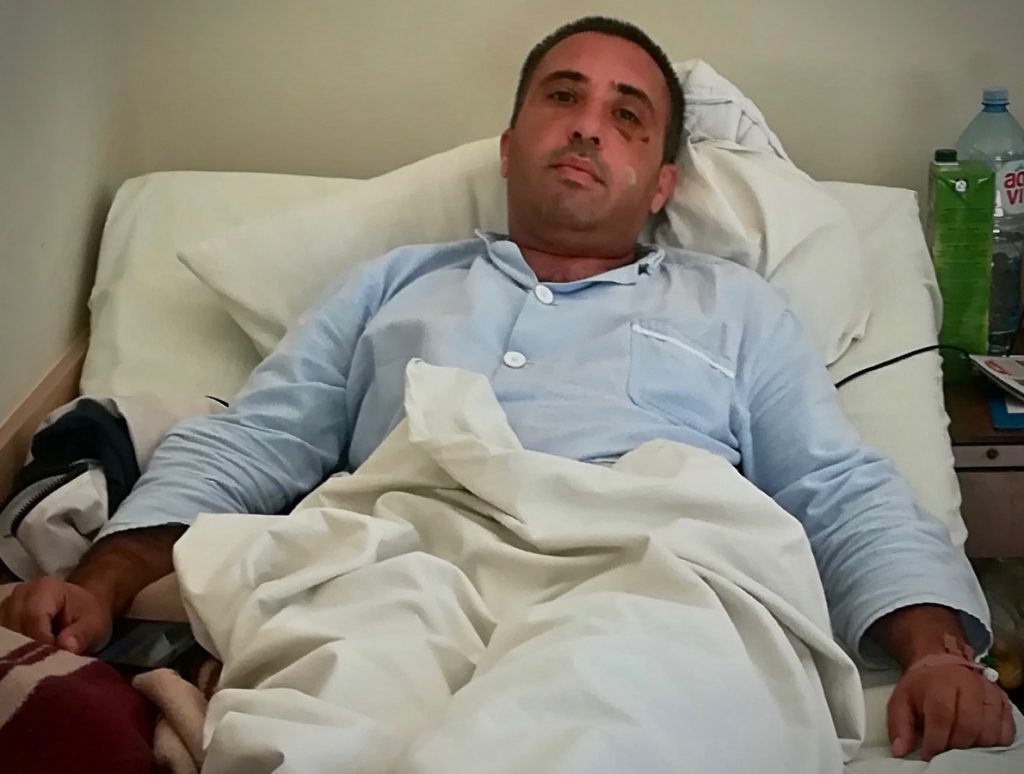 The prosecution considers that “no basis exists to suspect that the accused perpetrated the crime of grievous bodily harm, nor any other criminal offence to be prosecuted ex officio.”

The Žig info portal is known for reporting on controversial affairs in the Belgrade suburban municipality of Grocka and the alleged involvement in such affairs of former municipal president Dragoljub Simonović. Simonović is himself accused of having ordered the firebombing of the home of Žig info journalist Milan Jovanović last December.

Žig info editor Matorčević said in a statement for Cenzolovka that he was not surprised by the prosecution’s decision because “we live in a country where there is everything except the rule of law, democracy and logic”.

“Though actually there perhaps is logic, because if I were a member of SNS and I’d written about Simonović’s deceptions as the investment of the century, I certainly wouldn’t have taken a beating,” noted Matorčević.

That’s because, despite an indictment being filed, the former Grocka president is still a member of the ruling SNS, which Matorčević says sends a clear message to everyone that if they don’t do as they’re told by the ruling party, they can expect to end up like his colleague Milan Jovanović, like himself, and like many others.