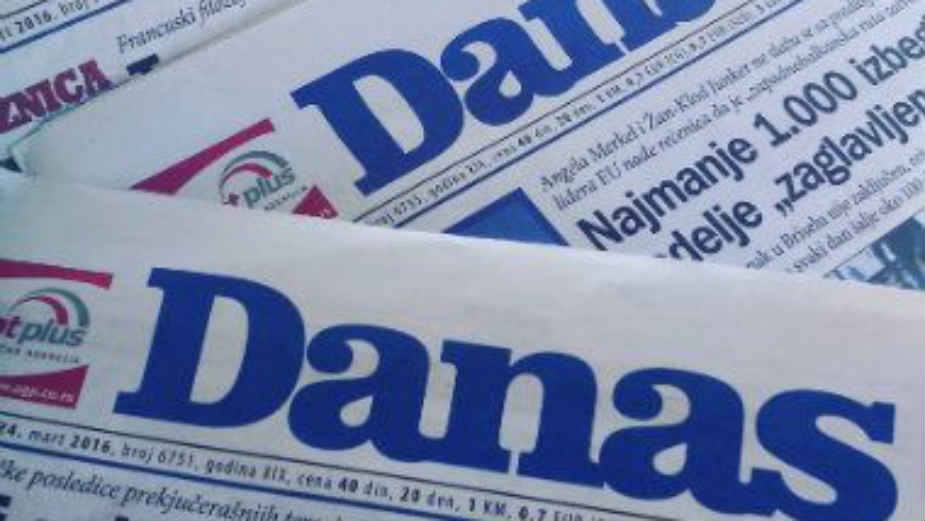 A permanent police security detail has been positioned in front of the Belgrade editorial offices of national daily newspaper Danas following the issuance of death threat to the newspaper’s employees, which included a gruesome message warning that they would end up like the journalists of France’s Charlie Hebdo, who were murdered in a 2015 attack on the editorial offices of the satirical magazine.

As part of efforts to discover who issued the threat, the Office of the Prosecutor requested urgent assistance from authorities in Switzerland, the base country of Proton Mail, which was used to send the threat, explained special prosecutor for high-tech crime Branko Stamenković. He added that this threat “deviates significantly from standard threats”.

Following the arrival of the threat, Danas’s editorial department was visited by Veran Matić, member of the Permanent Working Group for the Security and Protection of Journalists, representatives of the OSCE Mission and the German ambassador, while a support rally was held by the Autonomous Women’s Centre and Women in Black.

Responses also came from the Coalition for Media Freedom and Safe Journalist Network, the Ministry of Information and Telecommunications, the Embassy of Ukraine, the group Journalists Against Violence, as well as the editorial department of satirical weekly magazine Charlie Hebdo and international organisations Reporters Without Borders, IPI and CPI.

Although the ruling Progressives initially also condemned the threat, one member of the party continued to insult Danas from the parliament.