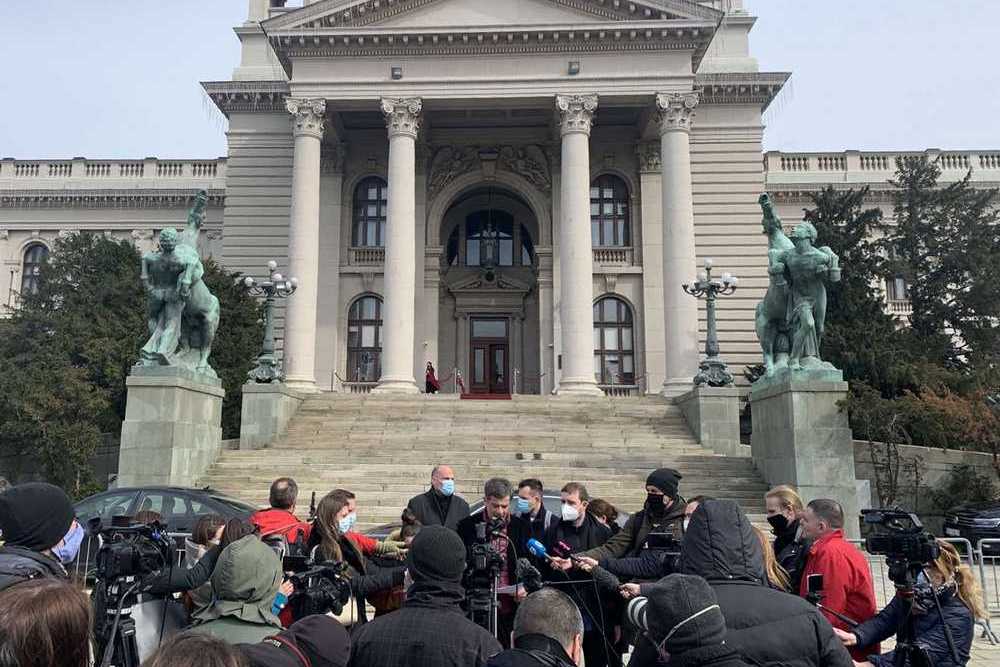 Labelling of journalists in the Assembly continues, media and journalists’ organisations formed a Coalition for Joint Action

Coalition for Media Freedom has warned the public that in the Assembly of the Republic of Serbia, the campaign against journalists and non-governmental organisations has continued. Dangerous statements of the public officials and accusations against journalists of them running criminal, party and other campaigns against officials in the government only represents a continuation of the deterioration of the Serbia’s media scene.

We would like to recall that almost two weeks after the demands from journalists and media associations for MPs in the Assembly of the Republic of Serbia to stop their campaign against journalists, as well as for institutions to start applying mechanisms for the protection of journalists finally, there has been no reaction from any of the institutions.

The members of the Coalition for Media Freedom have left the Working Group for the Security and Protection of Journalists of the Government of Serbia on 13 March, due to negative campaign and severe threats to the safety of KRIK journalists, which lasted for days, making precise demands that Republic Public Prosecutor’s Office should take its position against claims made in tabloids and the Assembly of Serbia, and that competent committees of the Parliament, as well as the Regulatory Authority for Electronic Media (REM), should condemn the hate speech and targeting of journalists.

Despite our demands for immediate reaction, the competent authorities have ignored them and took no action about it, or, as the Assembly Administrative Committee, rejected as unfounded all complaints about violation of the MPs Code of Conduct by terminating further procedures of establishing liability. The MPs against whom complaints were filed also took part in this Committee decision making, and they simply said that they had not violated the Code.

Official appeals to the Working Group for the Security and Protection of Journalists of the Government of Serbia for urgent reaction, as well as to include attacks on journalists in its agenda, remained unanswered.

The fact that the meeting of this Working Group was organised is encouraging, but it remained unclear what the topic of the meeting from that day was. However, after formally leaving this body, our organisations will no longer participate in this Group’s work.

As the Coalition for Media Freedom members, we will continue working actively on the matters of safety of our colleagues through the joint action. The coalition has officially signed a Memorandum on Cooperation, where our mutual goals and future activities have been listed in relation to defending the profession from further devastation.

Coalition with continue with its participation in the Working group for Implementation of the Action plan for the Media Strategy and Standing Working Group for Journalists’ Safety, and if the institutions demonstrate genuine interest for further dialogue and work on the improvement of the safety of journalists, our members will be willing to participate in such dialogue.

The empowered coalition invites all journalists to keep reporting for public interest, respecting the rules of the profession, and on our side, we will endeavour to keep as a priority in our actions all the problems that they are facing.