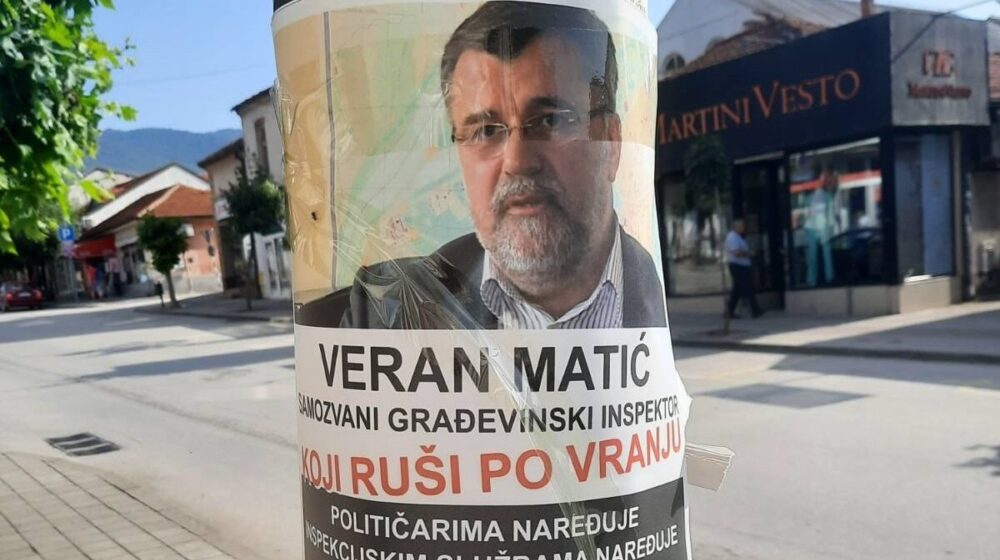 Police in the city of Vranje have arrested four men hailing from the area around Preševo and filed criminal charges against them on suspicion of endangering the safety of Veran Matić, president of the Association of Independent Electronic Media (ANEM) and chairman of the Commission for Investigating Murders of Journalists.

Police believe that it was on the night of 25th June that the four men mounted posters at multiple locations in Vranje containing an image of Veran Matić and the words “uvredljive sadržine” [offensive content].

Numerous threats issued against Vranje-based local radio station OK Radio recently prompted Matić and other members of the Standing Working Group for the Safety of Journalists to visit the radio station as a show of support over the pressure and threats they’ve long been subjected to by a controversial local construction developer, who was arrested for issuing those threats.