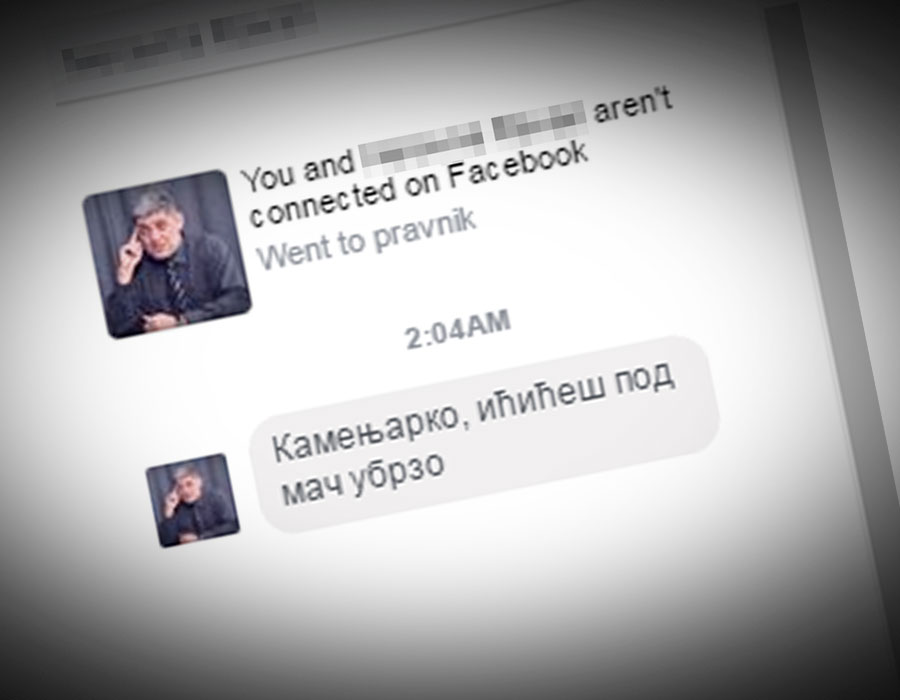 Marija Vučić, a journalist from the Slavko Ćuruvija Foundation’s Cenzolovka news portal, received a death threat from an unknown person via Facebook, with the message: You will soon come under the sword.

She suspects that the reason for the threat was her article about extreme right-wing fundamentalists who had a day earlier in Niš, a town in southern Serbia, prevented the screening of a film entitled “Albanians are our Sisters” and threatened the journalists in attendance.

The prosecution is investigating the case “under urgent procedure”, while journalists’ associations are demand that the attacker be revealed as soon as possible.

This is just the latest in a series of attacks against Serbian journalists in recent months. During the presidential inauguration of Aleksandar Vučić on 31st May, six journalists were verbally or physically assaulted at a support rally organised by supporters of the ruling SNS party.

Following the publishing in the press of photographs showing the security personnel of this political party who shoved and harassed journalist reporting from the rally, the police announced that they had been identified.

Although the prosecution asked for a supplementary report from them two weeks ago, the police have still not sent one, so the attackers have yet to be prosecuted.